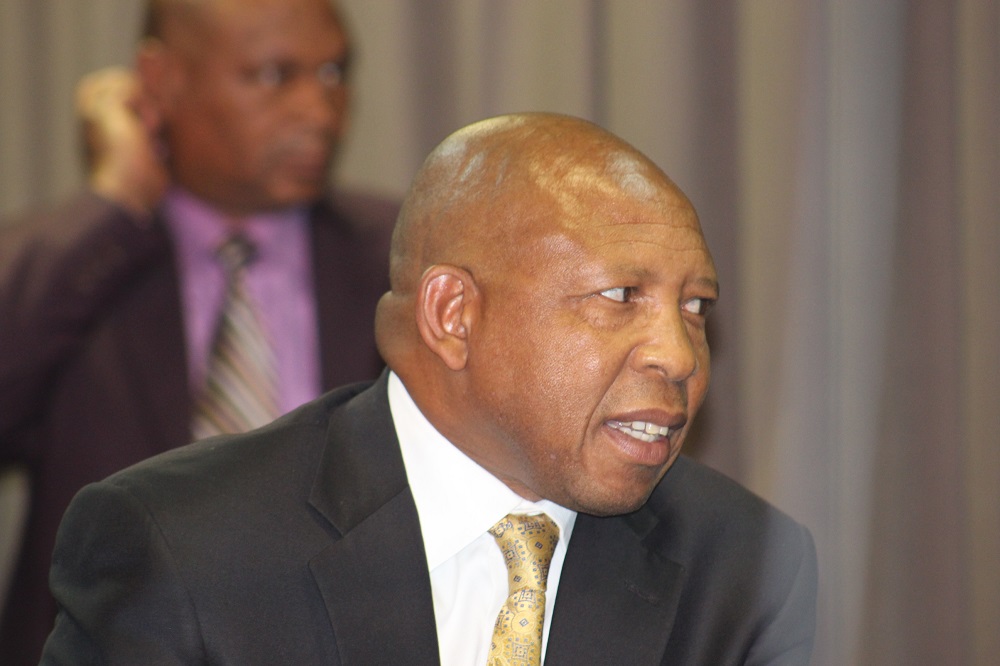 Mokoena-Thakhisi is of the view that lack of money is not a problem per se to the current situation in Lesotho, but the government is lacking on implementing of policies that will assist and protect

According to an economic analyst, Lesotho's current coalition government does not have consistency in what it says and what it does resulting to its failure to improve the country's economy. Majakathata Mokoena-Thakhisi commended after the presentation of 2019/2020 national budget by finance minister in the National Assembly last week..

He observed that the government, instead of supporting small businesses, it competes with the sector through Lesotho National Development Corporation (LNDC) with projects such as piggery, hatchery and poultry to mention a few.

LNDC is the main parastatal of the Government of Lesotho that is charged with the implementation of the country’s industrial development policies.
Mokoena-Thakhisi is of the view that lack of money is not a problem per se to the current situation in Lesotho, but the government is lacking on implementing of policies that will assist and protect Basotho to establish businesses that can sustain their lives.
“The government does not provide incentives for domestic businesses as it does for foreign businesses who get housing and a freedom to decide on salaries to give their employees, which in most cases do not meet the international standards,” he said.
Mokoena-Thakhisi further noted that “there is a sense of hypocrisy in what the government does as they allow foreign companies to dominate the economy while watching local businesses dying slowly. For example, it is very unfortunate for Basotho as cannabis business is also taken away from them by cutting them out through exorbitant licensing.”

“In order for the government to be able to generate income,” he says, “the people must be educated about the available lucrative market for vegetables as well as apples which are in demand because they are organic and take a short period to ripe.”
When presenting the finance minister, Dr. Moeketsi Majoro disclosed that Lesotho is not only facing a fiscal crisis, people are also facing jobs crisis. With hindsight, government now knows it must actively seek investment adding that creating a conducive business climate is simply not enough. With this lesson in mind, government is rolling out, not one, but two initiatives to attract investment.
He said: “The trade ministry and the LNDC are incubating several new business ventures including eight new firms in clothing and electrical components, with an estimated 8,000 jobs to be created in two years, fresh produce activity and an out-grower scheme aiming at 500 jobs in the Maseru area.”

According to Dr Majoro the expansion of area under deciduous fruit production will increase from the current 34 hectares (ha) to 150 ha in the next two years and 500 ha in the medium term which will add 1,000 jobs.
“The LNDC will by mid-year finalise plans for large integrated piggery, poultry, aquaculture and beef operations as well as a grains initiative to roll out area planted to 4,000 ha in Butha-Buthe, Leribe, Berea and Maseru for both domestic and export markets. At least one investor has plans to construct a silo for the storage of surplus grain,” he said.