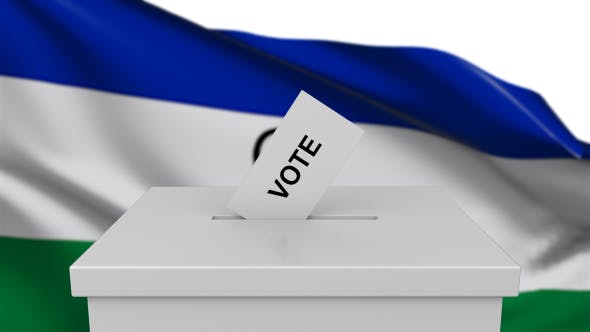 Reforms have ordered that the current electoral model of the Mixed Member Proportional Representation be retained but with amendments on threshold, two-ballot system and party list submission

Where does the Mixed Member Proportion?

The aftermath of the abortive 1998 elections saw some parts of Lesotho go in flames as a result of rejection of election outcome by some opposition parties nicknamed Setlamo sa Baitseki. The coalition of opposition parties had staged day and night vigils for three months at the Palace gates, demanding that the King dissolve the then Lesotho Congress for Democracy (LCD) government led. The Southern African Development Community (SADC) intervened to quell the near civil strife that almost descended into war among Basotho. To put off the fires, SADC (South Africa and Botswana) militarily and diplomatically intervened and this ended in an array of episodes that were not for the benefit of the larger proportion of the nation. At the end, SADC proposed an interim structure that would carry the country towards a fresh election within eighteen (18) months. This was to be the Interim Political Authority (IPA), which was mandated to lead Lesotho to a fresh poll within 18 months after the 1998 poll was shrouded with allegations of irregularities. However, The IPA took four years to prepare the country for a fresh poll as there were many issues at stake and a fresh election was not a viable option before the field was levelled enough for the kingdom to go for a fresh poll. Then, the country went for elections in 2002 under a new electoral model, the mixed member proportional (MMB).

Though the IPA had been demonised for having hoodwinked Basotho into thinking that they were doing something while they self-aggrandised to enjoy the benefits, it had one success story. One of its major breakthroughs was the adoption of the Mixed Member Proportional (MMP) electoral model. This was a successor to the first-past-the-post electoral model adopted at independence. The conflict-ridden nature of Basotho has been ascribed to the first-past-the post model, which seemingly lacked the representative character as it left many representatives of voters who fell on the battle line at constituency level during electoral contest. This was seen as emaciating the democratic narrative of having the minority voices of Basotho heard in the national assembly. Under the FPTP, members of parliament that go to the national assembly are only those who won elections at constituency of Lesotho, irrespective of the proportion of votes obtained by a political party in the polls. Post elections, those who lost at constituency level would stage protests against election results, this resulting in incessant post-poll conflicts. Lesotho had been infamous for these conflicts since independence. Therefore, when political parties that had contested the 1998 elections converged at the IPA and analysed electoral models, they wanted one which would be inclusive and embrace the diversity of Basotho. This was to be the MMP, which is a hybrid model that combines both the first-past-the-post and the proportional representation models. The MMB was hailed for its inclusivity and allowing many political parties to be represented in the national assembly and resultantly granting Basotho a voice through their representatives in parliament. That was calculated to end the post poll conflicts and usher an effective representative democracy for Lesotho. Indeed, for the first time since 1993, Lesotho had more than 10 political parties represented in parliament, thanks to the MMP.

The misgivings of the MMP in the 2007 poll

The MMP was first tried in the 2002 elections, which bore an election, whose outcome was accepted by all participants in that poll. It has been applied in four subsequent elections of 2007, 2012, 2015 and 2017 respectively. In the 2007 election, there were suspicions that the model had been undermined by electoral pacts, which had been formed ahead of elections. Mainly, culprits were the LCD/National Independent Party and the All Basotho Convention/Lesotho Workers Party electoral pacts. The MMP came under the spotlight during this election, and at the centre of the argument was the element of rewarding those parties which did not make it to the national assembly through a constituency contest. It was argued that the then Independent Electoral Commission (IEC) had applied the mixed member parallel, and not the mixed member proportional. This was after the LCD/NIP electoral pact won the LCD a two-thirds majority in parliament.  The party had 61 constituency seats and 21 proportional representation seats making the total of 82. But NIP did not form part of the government, though it gave the LCD a good political standing in parliament. The ABC won 17 constituency seats and its counterpart got 10 PR seats. The LCD/NIP electoral pact became a bone of contention for the large part of 2007 and led the country to descend into political unrest to the extent that SADC had to diplomatically intervene by sending the late former Botswana president, Sir Ketumile Masire to bring the warring factions to a dialogue table. However, the impasse was not solved as Masire retired his Mission to Lesotho after realising no results. The matter was taken to court and it dragged for three years. The subsequent elections of 2012, 2015 and 2017 applied the MMP model successfully and had no post-poll conflicts. The 2015 post-election rifts were not related to an election outcome, but to issues related with the interference of the army in political activity.

The reforms agenda and the future of the MMP

There were calls for a shift from the MMP to a fully 100 percent proportional representation (PR)model. This is applied in countries like South Africa. Under the PR model, Lesotho becomes one constituency and the total votes of a political party that contested a poll are aggregated and divided by a minimum threshold stated in the electoral act to determine the number of seats a political party has obtained. Then the party divides the seats to the people whose names it sent to the IEC as representing the party in the national assembly way ahead of elections. The people who go to the national assembly are those whose names appear on the party list submitted to the IEC and this in in order of the partyâ€™s preference. Depending on the performance of the party in a given poll, the total number of votes for that party dictates the total number of seats it obtains. Though largely inclusive, the PR system has however been criticised for its lack of the representative character, which is a main character of the constituency system. Both systems â€“ PR and Constituency electoral models are two sides of a coin; the latter is good for representability but weak in inclusivity, and the former is good for inclusivity but weak in representability. However, political pundits argue that the PR system has more advantages for a country than the constituency one such as the less cost for a country to run an election. Lesotho had decided for a combination of the two, but at different proportions. A quarter of the seats for the national assembly are contested under the PR system (40 seats) while a two-thirds of the seats (80 seats) are contested under the constituency system. Lesotho voters benefit in both representability and inclusivity from their parliament. However, sentients for a change of the model were based on the cost factor of the election that it was expensive to run Lesothoâ€™s elections. This view was quashed during the deliberations on the proposed change to a 100 percent PR, which had surfaced in the plenary I discussions of the reforms.

What is the future of the MMP

The reforms have proposed that the model remains as it is but a few amendments to it have to be made. One of these is that the threshold changes. Currently, there is no standard or fixed minimum threshold determining the number of votes for each seat in parliament. The threshold is determined by the total number of votes cast in each poll. Therefore, each poll has its own threshold. For example, during the 2015 elections, a threshold was 2, 000 votes make a seat because of a low voter turnout of that poll. During a highly contested election where there was high fanfare and voter turnout has been high, a seat becomes expensive, where is a low turnout poll, a seat becomes cheaper. A proposal is that there must be a fixed threshold for a seat in the national assembly, irrespective of voter turnout. Another proposal is that Lesotho must revert to the two-ballot system, which was applied at the beginning when the model was put into motion. The two-ballot system was applied in two sets of elections â€“ 2002 and 2007. In 2010, the LCD-led government proposed amendment to the national assembly elections act to provide for a one-ballot system. Reasons proffered include that the two-ballot system was expensive and cumbersome. The two-ballot system was broached for its ability to grant voters an option of voting for their constituency candidate who will represent them in parliament and a contribute to the party vote. The one-ballot system combines the two in one ballot. The reforms also propose that parties that contested elections must submit party lists after elections in relation to how they performed. That means that if a party has got 10 proportional representation seats in a poll, it must submit 10 names of those it wants to be part of parliament. As it is now, a party submits a list of 40 people it deems fit to be on the PR list and the IEC will allocate the PR seats based on the party list submitted and the seats obtained under the PR system.