Transitional justice caters for truth, justice, reparations and the future outlook for peace and stability of a country

By Mzimkhulu Sithetho
Lesotho has experienced a turbulent past caused mainly by political instability. This can be dated back as far as 2007 after the general elections, thus the Lesotho Congress For Democracy occupied National Independent Party proportional seats in Parliament and this caused one of the opposition parties (Marematlou Freedom Party) to institute an action in court challenging the constitutionality of the allocated .

The Court failed to solve this as it never addressed the merits but dismissed the application on technicalities. At the time SADC sent the Honourable Former President  Ketumile Masire to facilitate and he recommended that the electoral model was not well done in letter not in spirit. This brought about political chaos as opposition was up in arms and it was clear Lesotho has to go through a transitional process. The situation deteriorated more after the 2012 National elections as Lesotho for the first time in history had to go for Coalition Government due to the fact that no party secured enough votes to form government on its own. This can be perhaps referred to as the experience of the Constitutional Crisis.

In 2014 it was very clear cracks were starting to show  in the Coalition Government. The two big leading parties infiltrated the security agencies causing more tensions and instability. This escalated more in August 2014 as the then Prime Minister appointed the new Commander of Lesotho Defence Force, Lieutenant Mahao and the sitting one refused to step down. This caused the SADC to step in sending a delegation led by the then Deputy President of South Africa, Ramaphosa.

In 2015 Lesotho went for general elections and the new coalition government came in. What it did was to reverse the doing of the former Prime Minister and made Lieutenant Tlali Kmoli the Commander of the Lesotho Defence Force, demoting Lieutenant Mahao, causing more security stifle. Events escalated  to the death of Maaparankoe Mahao causing further instability and the Commission of inquiry was set up.SADC established an oversight committee. It became clear Lesotho has problems and has no option but to go through the transitional justice process.

In 2017 Lesotho went for another General Elections and the National Dialogue Planning Committee was established by the legislation giving it powers to start indistrict consultation with Basotho to build a Lesotho they want after the turbulence.This was the beginning of  Transitional Justice process.

What is transitional justice?

Transitional Justice  can be defined as a process and mechanisms associated with the society`s attempt to come to terms with the legacy of large scale past abuses in order to ensure;         a) Accountability,        b) Serve justice and        c) Achieve reconciliation
Thus it is the State's obligation to prevent through different measures, the reoccurrence of such atrocities in the future. Thus the history between 2012 to present should never repeat itself. Lesotho should strive to ensure transitional justice process and mechanisms take account of the root causes of the conflict and repressive rule such as political instability caused by Coalition Governments and infiltration of security agencies by politicians. Such issues should be addressed and this is an approach we need for peace to prevail.

Transitional Justice must address the injustices of the past through measures that will procure an equitable future. It has to reach but also beyond the crimes and abuses committed during the conflict that led to the transition and it must address the Human Rights violations that predated the conflict and caused or contributed to it. The following questions can be of great assistance to ensure the process succeeds:

♦  What does it mean for a society to come to terms with mass atrocities?

♦  How can a rule of law be re-established in a country shattered by wide scale violence?

♦  How can the competing demands of peace and justice be balanced?

♦   And lastly What can be expected from measures such as;

•  It is worth noting that

Lesotho is already in the process of institutional reforms using the bottom-up approach as Basotho have stipulated how such process should be done through the plenary recommendations and the National Reforms Authority being in full motion to ensure implementation. The institutional reforms are only a part of transitional justice and for the process to be whole and have a lasting effect; it should be complemented by the Peace and Reconciliation Commission. National Reforms Authority Act, 2019 under section 12(3) has made provision for the Minister to reconvene the Authority for purposes of Peace and Reconciliation. This will be very important in this process as most countries begin with the Peace and Reconciliation process and end with institutional reforms.

What is Transitional Justice Commission?

To complete the transitional justice there should be a component of transitional justice commission thus truth and reconciliation commission. It is very important to indicate how we develop our own Peace and Reconciliation processes without cutting and pasting from other countries as our experience and episodes from the past are unique. Our process should seek reconciliation and healing not prosecution so as to come up with reconciliation and healing activities. Careful consideration should be given to our own issues and the objectives should be clearly articulated in the legislation of  Peace and Reconciliation. If the legislation is not tailored to

Lesotho`s past experiences which we are trying to heal from, it can be very difficult to implement.  Why establish a truth Commission? -A truth and reconciliation commission reaches out to thousands of the victims in an attempt to understand the extend and patterns of the:  Past violations, their causes and Consequences. When interrogating Lesotho we can start from past 2007 when investigating the Mixed Proportion Model and further look into events of past 2012 to now.  -The question of why certain events were allowed to happen can be as important as explaining precisely what happened.   This can be the constitutional crisis created by Coalition Governments thus events of 2012 and 2015. Security agencies being infiltrated by politicians leading to death of senior Army officers.  -Work of the Commission can help a society understand and acknowledge a contested or denied history and in doing so bring the voices and stories of victims often hidden from the public view to the public at large.

What made Basotho so angry, bitter and loose hope during this time?     What resulted in politicising of everything?     What led to loss of life? -The truth commission hopes to prevent further abuses through specific recommendations for institutional and policy reform. Lesotho will deal with conciliation and healing as institutional reforms are already in implementation phase.  When Can We Say A Country Is Ripe for the Truth Commission? There are three critical elements which should be present: There must be the political will to allow encourage and actively support a serious inquiry into past abuses. The violent conflict or repressive practices must have come to an end.

Lastly There must be interest on the part of the victims and witnesses to have such an investigative process undertaken and to cooperate with it.  CORE PRINCIPLES AND OPERATING ASSUMPTIONS National choices The truth commission must be taken by Nationals. That will be based on broad consultative process so as to make clear the functions, strengths and limitations of the commission. The need for a comprehensive transitional justice perspective. Truth commissions are only a part of a comprehensive transitional justice strategy and needs to be considered together with possible initiatives towards prosecutions, reparations, setting and other accountability or reform programmes.  Expect a unique country specific model.   Every Peace and Reconciliation   Commission  will be uniquely responding to the national context and special opportunities present.The model should not be imported from somewhere else as it clear ours is Political and Constitutional crisis.  -Its mandate is specific and has its operational aspects but other countries experience may be useful. E.g South Africa and South Sudan.

There must be political will.  I believe that our transitional justice will be successful,this is on the basis that as much as the mechanism is temporary as a country we already have the Constitutional Court further we are looking at the ESTABLISHMENT OF THE HUMAN RIGHTS COMMISSION which will ensure the sustainability of the process. 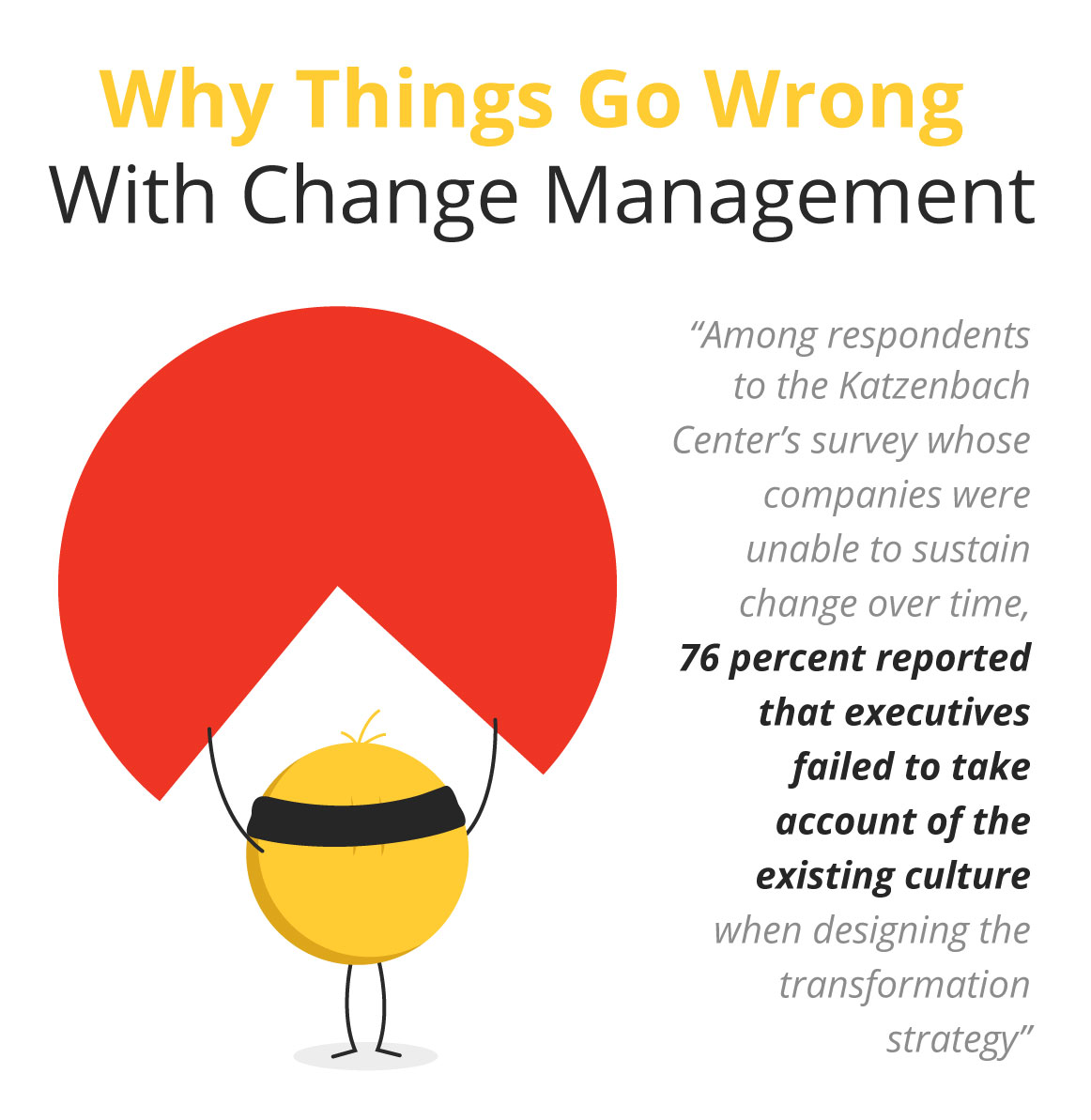 Organizations and companies go through a rough patch