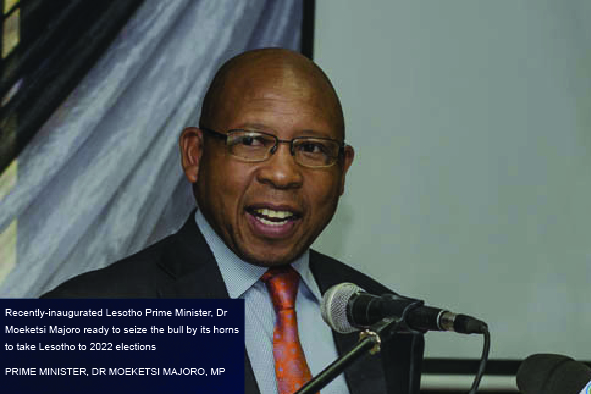 Dr Moeketsi Majoro takes reins of power at three critical moments. It is during a COVID-19 crisis, amid ABC divisions and to lead a government with no resources. His ability to cope is tested.

By Mzimkhulu Sithetho
MASERU: The just-inaugurated Prime Minister, Dr Moeketsi Majoro faces a myriad challenges in his two-year stint in power. To navigate his own way, he has to face these changes head-on. Top on the list is the two centres of power, within the All Basotho Convention (ABC), which is part of the newly-formed coalition government with the Democratic Congress (DC). Though a head of government at national level, within the ABC, Majoro reports to ABC Deputy Leader, Professor Nqosa Mahao. As prime minister, he is however, not a leader of a party that is leading the coalition government. Third, he is leading a government towards elections. Fourth, Majoro comes at a time when the world, by implication Lesotho, is battling with the Coronavirus. Thizkingdom.com takes a snapshot of the potential challenges and opportunities facing the new prime minister.

The 4x4 coalition government came to its knees a couple of weeks ago, when coalition partners made submissions to parliamentary speaker, Sephiri Motanyane, demanding that the coalition has to come to an end. This followed an unpopular agreement signed with the main Opposition, DC some time in April 2020. This undertaking by a faction aligned to Deputy Leader, Mahao and some of the erstwhile PM, Thomas Thabane's lieutenants, did not sit well with the latter. It raffled feathers within the party and the DC, as it did not receive his blessings and those of his lieutenants in the ABC. It also had a chilling effect on DC, Leader Mathibeli Mokhothu's detractors. However, it has culminated in the inauguration of Dr Majoro, who takes over the reigns after a long-waiting, with leader Thabane playing a hide-and-seek.  The inauguration of Majoro is a culmination of many episodes, firing of ministers, intervention by south Africa, posing as a facilitator and demanding a dignified and secure exit, Thabane's own delaying tactics to stall the process of regime change, bringing the army to the fore by Thabane and his endemic fight with Police Commissioner, Holomo Molibeli and Paseka Mokete. It finally happened, now it is time for strategic thinking and delivery.

Majoro and his rise to power

Two centres of power within the ABC

As Majoro takes over, he might become a lame duck within the ABC as he is not a leader of the party, let alone, being a member of the National Executive Committee (NEC). By right, he has to take instructions from Prof Mahao and the party Secretary-general, Lebohang Hlaele, who now wield political power after a long battle for control of the party. With Thabane now gone, at least in the government and as a result of age, the NEC is in charge of the ABC faction led by his former nemesis. Majoro's contribution to the coalition government has to draw strength from the ABC NEC. He can only survive only if he is diplomatic and politically mature to master the relationship between party and government and that in African politics, one is a deployee of his own party. In American politics, he could succeed, even without a political clout in the party politics. If he does not bow down to Mahao and Hlaele, who as it can be expected, have their knives blazing for him if he dares get it wrong. Hlaele is rumoured to have declined an offer to serve in government in favour of staying in the party. He might be calculating a future benefit of being strong in the party and then slowly gravitating to the government. Hlaele's undertaking is a clever one, but has adverse implications for Majoro who is now, a nonentity in the ABC top echelons, unless the next elective conference is called. He cannot be salvaged by Thabane, especially when a great chunk of his faction has succumbed to the Mahao faction. He has to rein in those who are sitting by the side lines of the party, the core of state house (aka mabulumara) faction which has not formed part of his inner circle in government. these might douse the fires if he does not reign them in.

It is a given that, like any other coalition, Majoro will have to apply emotional and intellectual quotients to win through as he has to do a lot of compromising for him to succeed. Without necessarily vying for a pension for prime minister, he has to work hard to ensure that to get to 2022, it wrests upon his shoulders to bring the various factions together. The first faction is that in his party, the Mahao-led, the second, the Ntsekele-led, third, the opposition-led, fourth, the coalition partners-led. It cannot be totally ruled out that the clique that threw its weight behind Thabane at the last minute and has  not been considered in the new cabinet will rise from the grave and regroup to dislodge Majoro. This crique is key to Majoro's success in the two-year stint on the helm of government. He has a mammoth role to bring all these forces together in one place, to rally behind his vision. If he wants to be a force to be reckoned with beyond 2022, then he must demonstrate his vigour beyond reasonable doubt. His predecessor failed dismally in the first coalition of 2012-2014 to reign in all the interested parties under control. He was faced with a myriad of challenges, encompassing his first stint as a prime minister and to lead this kind of a government with no experience. Now that Thabane leaves the government that is led by the ABC in a sort of divided party, if he dares play the ghost-ruling-from-the-grave tactic, he will be opening a can of worms for Majoro and put the last nail on his political and executive coffin. He will weaken him because his (Thabane's) will be a sort of revenge on those who orchestrated his downfall. He must let him prove himself to his detractors. If Majoro fails, it must be out of his lack of wit to lead the government without a political clout, which naturally comes from leading a party. Even if he takes wrong decisions, he must be bold to stand up and face consequences and he will be excused for that in the long-run. People have made destructive decisions, but voters have forgiven them. Some are even vouching for their return in comparison with the prevailing situation. If he succeeds, it must be out of his wisdom without the mentioned.

Leading a government with a set time-frame (two-years)

Majoro's mandate is not an open cheque, as he has to serve the country and lead it towards national elections naturally set for 2022. Escaping a poll after the collapse of the 2017-2022 coalition government has prompted a caretaker government (in technical terms) to lead the nation to 2022. So, he is bound to operate within the parameters of 2020-2022. He might be warming a chair for someone, or for himself if he will prove himself to both ABC general membership and the general Basotho nation. If he wins not only the minds, but the hearts of Basotho with his sterling performance in the short stint, he will rise up a substantive prime minister after the 2022 national elections. If he is able to bring together the different forces within the ABC, he will rise up a leader of the party and ultimately leader of the government that the ABC will lead after the 2022 poll. But if he fumbles, given the many challenges facing his short stint, he will be remembered as a prime minister that only sat to warm a chair for someone, however, he will remain in the history books as a prime minister, just like Sekhonyana Maseribane in 1965. As an economist, an academician and someone who has had a stint in international affairs, he stands a good chance to shine, in the mist of the challenges facing this country.

Leading a new government formed during a crisis (COVID-19)

Majoro leads Lesotho at a critical time when the world, including Lesotho, is facing a predicament of COVID-19.  The economic growth paralysis brought about by this pandemic has a chilling effect on the success of the country. He had to forestall the 2020/2021 budget bill in parliament to give way to adjustments that have to be made in view of the pandemic. Already, financial resources have been drained to address the pandemic. The economy is on its knees, notwithstanding that it was already crumbling. The private sector, which was prodded as the backbone of the economy is also crumbling, crying out for help. Where will he get the resources to resuscitate the economy? Where will he get the resources to fund the COVID-19? Where will the resources come from for building a strong private sector? The whole world, from which the donor community, which is his only hope could come, is also fraying at the seams. He needs wit beyond his own abilities to ably transcend these predicaments.

Majoro's political prowess, acumen and his ability to lead put to a test

Though Majoro, on the surface value, looks a man of stature, he is not a popular figure. He does not command any power within his own ranks, except in his constituency, Thetsane No:33, which he won in two successive elections. He has no political prowess to bring together different forces with varying needs. He is a man of the books and could only lead by the book (intellect). But, much as leaders are born, many leaders have been made. With the ability to learn fast, Majoro can be moulded into a grand leader. At least he is an intellectual who can grab things easily, so transformation of him into what Basotho need is a grand opportunity for him. Who knows, he might become the Joshua that Basotho need out of the old stock whose track of record hold little for this nation that has frayed in the seams for four decades and a half. He is better placed in the geopolitics of the world to navigate his niche. Having held a powerful post of minister of finance has placed him at the help of geopolitics of economies of the world. His exposure to leadership of international organisations like the IMF has also added a mark. 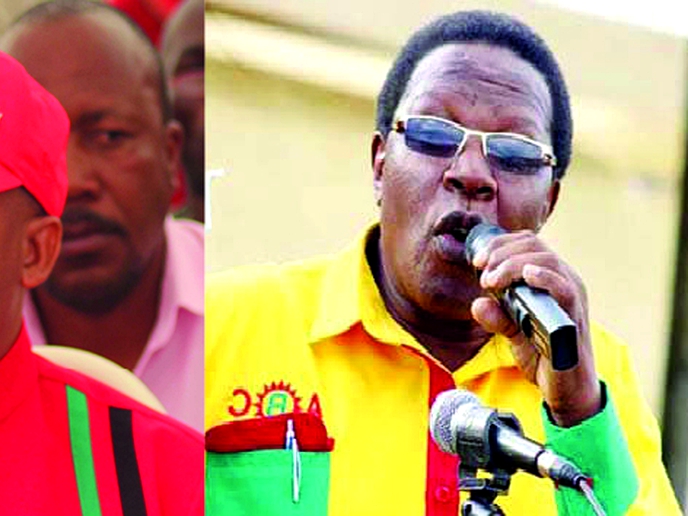 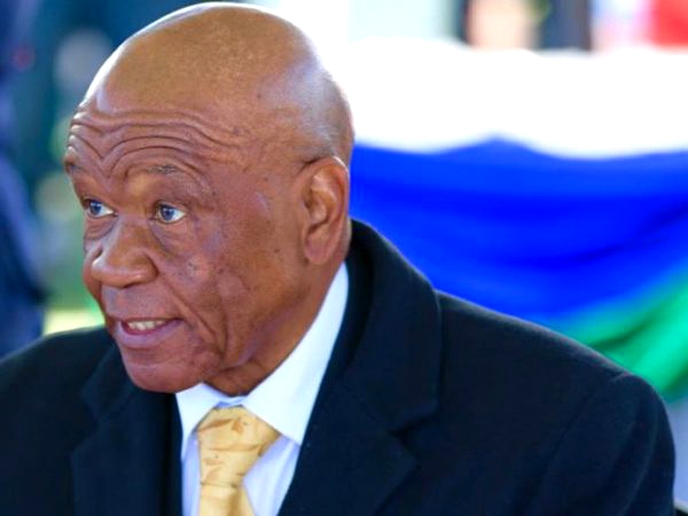 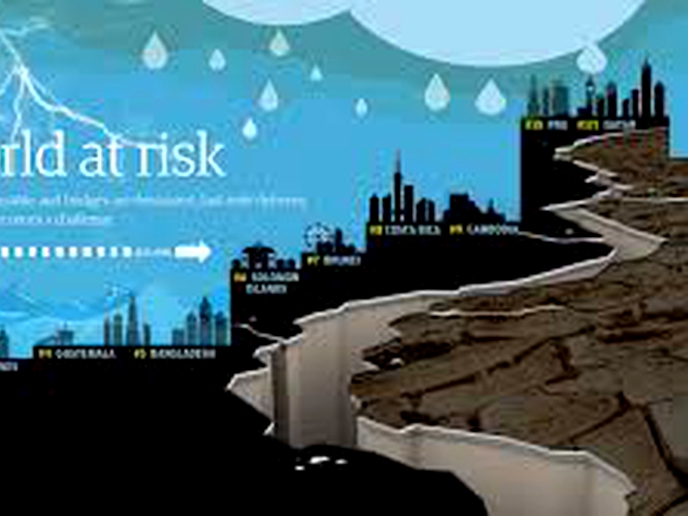