Prime Minister, Ntsokoane Samuel Matekane takes oath of office at the Setsoto Stadium in full glare of the international community, international guests and the general Basotho populace. This day will be remembered as his executes the mandate conferred on him by the voters.

By Mzimkhulu Sithetho
MASERU: The newly-installed government led by Prime Minister Samuel Ntsokoane Matekane, who was inaugurated last Friday, in a fully-packed Setsoto Stadium is led, maily by entrepreneurs. A million-dollar question is whether the Government is likely to be entrepreneurial in character, as the expectation from voters is. This question will be best answered by the actions of those posted to head ministries, departments and units under the banner of the three coalition partners. Entrepreneurship is generally understood to be the pursuit of opportunities beyond the resources currently controlled. An opportunity is a proposed venture to sell a product or service for which customers are willing to pay more than the required investments and operating costs. Entrepreneurs exhibit the qualities discussed in this article.

Anyone who claims to be an entrepreneur must be a leader with strong leadership qualities and skills.

Leadership is about having the ability to influence others towards a certain cause of action. A leader is someone whom people trust to solve their problems.

A leader is a person whom people go to seeking assistance with this and that and trusting that those problems will be solved.

Beyond just tenacity, which is the zeal to get something, a leader is able to amass a critical mass of people rallying behind his or her vision.

A leader does not desire for people to follow him or her; to amass the numbers, conversely, people get attracted to a leader’s vision and how he or she articulates it and follow him or her.

A critical mass of Basotho got attracted to the Revolution for Prosperity (RFP)’s articulation of what it is going to do if elected.

Hordes of Basotho who voted in favour of the RFP found the vision articulated by the party promising, and having the quality to salvage them from the doldrums of poverty, squalor and deprivation, which have bedeviled them for decades.

They therefore identified with it and thronged voting stations to demonstrate their attachment to it.

However, leadership does end at articulating a vision to a critical mass of people and being able to rally them to follow suit.

The articulated vision must be put in motion, this now calling for action to realize the aspirations outlined in the vision for a desired change.

The newly-inaugurated Prime Minister was able to convince scores of Basotho to rally behind his vision to bring about the desired change in the economy and in the lives of people.

It is yet to be seen if the vision that has been well-articulated to the people will be implemented.

This also brings other questions to the fore. One of them is whether the foot soldiers, the civil servants that the new government inherits from the previous regimes, who are expected to carry the vision to the people.

Civil servants, who, in spite of the new government at the top level, are the same ones, are the bridge between the new regime and the voters.

Prime Minister Sam Matekane provided a roadmap to address this potential shortfall in this inaugural speech: “It (the new government) has to fix the public service to make it more efficient, transparent, accountable and effective.”

Success does not come accidentally or by luck.  Entrepreneurs are people who do not wait for luck to strike them.

Entrepreneurs do not busk in the sun or rest on their laurels, waiting for a miracle to come their way. They crawl at night while others are sleeping, labouring to pursue their mission with zeal.

Successful entrepreneurs are motivated to go out there, dirty their hands with mud, and knuckle down until there are outcomes.

Therefore, the Matekane-led government is made of people who knuckled down and dirtied their hands to emerge successful in their various business ventures.

Unlike most of the politicians who want to be parachuted to success by plundering public resources, the entrepreneurs worked hard to accumulate the wealth that they have.

Overtime, they built their enterprises from scratch, most of them, with no inheritance or hefty bank accounts from their forefathers.

They were motivated to get to where they are today. Being leaders in the business circles may not necessarily translate to say that they are automatically political leaders, now that they have entered the political landscape.

But if they will be able to translate their business acumen to deliver in the public office for the good of the nation, which will add value to the nation’s aspirations, which yearns for change in their lives.

What can only be hoped is that the many Basotho who voted for the RFP are not expecting that those successful leaders are going to share and distribute their hard-yearned wealth.

It is hoped that the expectation is that they are going to use the same zeal, tenacity, ardency entrepreneurial ability to transform the lives of the people in public office.

If the expectation is that they will distribute their wealth, it is misguided because no one wants a government that creates a welfare state, which will only make matters worse by creating a lazy nation.

What the new government should do is to create as many opportunities as possible for Basotho, so that they exploit them to generate their own wealth. That way, they will cherish the spirit of hard work, not to be given wealth on a silver platter.

In his inaugural speech, Prime Minister Sam Matekane had this to say: “Your new government is confronted with the crucial challenge of having to move Lesotho from a growth model that depends almost entirely on the public sector, to one that is driven by a strong and competitive private sector, that is export-oriented.”

Naturally, entrepreneurs work hard for themselves and their families. If they succeed, they will lead successful families. However, what they are doing goes beyond just a family because they use society’s natural resources to generate profits for themselves.

That is the reason why there is a requirement for them to plough back to society, through some form of corporate social investment initiative.

This time around, the entrepreneurs are in the political arena, where they carry, not their mandate like they do when they get to business to be entrepreneurs, but a national mandate.

The same motivating factors that pushed them to get to business and be successful entrepreneurs should be applied in the political arena to push them to deliver for the nation.

In the similar manner the entrepreneurs went all out to make ends meet for their families as business people, they are bound by a social contract to pull all stops to emancipate the nation from the doldrums of poverty, deprivation and squalor.

Business is able to sustain because those who venture into it are introduced to a code of business ethics, which entrepreneurs have to comply with.

Entrepreneurship, business as entrepreneurs know it, is conducted under common and universally accepted values, norms and standards which underpin the very fabric upon which commerce is done.

It is common cause that sustainably successful business people are those who hold and maintain the highest standards of integrity and credibility.

If similar norms, standards and values could be applied in the political arena, now for the benefit of delivering to the people as per the mandate conferred on them at the polls on 7 October 2022, Lesotho’s economy could be transformed.

Developing countries like South Korea, Singapore and closer home, Botswana, have been able to realize exponential economic growth as a result of developing a new norm and value system of efficiency, effectiveness and ethical civil service.

The Singaporean economy is regarded as free, innovative, dynamic and business-friendly.

For several years, Singapore has been one of the few countries with an AAA credit rating from the big three, and the only Asian country to achieve this rating.

Singapore attracts a large amount of foreign investment as a result of its location, skilled workforce, low tax rates, advanced infrastructure and zero-tolerance against corruption.

It is the world's most competitive economy in 2019, according to the World Economic Forum's ranking of 141 countries, with the 2nd highest GDP per capita.

Meanwhile, another Asian Tiger, South Korea, has a national economy that benefits from a highly skilled workforce and is among the most educated countries in the world with one of the highest percentages of its citizens holding a tertiary education degree.

South Korea's economy was one of the world's fastest-growing from the early 1960s to the late 1990s, and was still one of the fastest-growing developed countries in the 2000s, along with Hong Kong, Singapore and Taiwan, the other three Asian Tigers.

The prime minister took oath of office last week in the public, in a function witnessed by the world and this has to trigger and invoke a high sense of adherence to ethical conduct, credibility creation and momentarily acting in a manner that yields integrity.

Soon, this week maybe, cabinet ministers will be appointed and sworn in to take oath of office and allegiance to the King.

It is therefore expected of them to uphold the highest standards of ethical practice - accepting mistakes and errors made and offering solutions to the nation.

Willingness to risk by trying out new ideas

Entrepreneurs are willing to take calculated risks. Entrepreneurs venture into something they are not 100 percent sure it will succeed, but they trust that it will work out.

They venture into business, most of the time, not knowing if a product or service they are offering will satisfy the needs and demands of the consumers.

It is what they envision to be a need for the people. They try out new ideas - which product or service is best suited for the selected market.

Entrepreneurs innovate all the time so that their offering is improved and aptly addresses the needs and demands of the consumers. Sometimes, they carry out assessments to find out how people feel about their products and services.

In the new government, those elected, who are expected to deliver, should exercise their ability to innovate.

They should come up with the new ideas on how to salvage Lesotho from the economic state in which it is today when they come to public office.

Understand the value of a strong peer network

Entrepreneurs understand the value of a strong peer network because they know that there is no one who is indispensable.

Once appointed to serve the nation as cabinet ministers, they become a cohesive whole, which assume collective responsibility.

Like entrepreneurs understand a value chain in the operation of a business, the new government should understand that they affect each with their collective actions.

It is important that the new government understands the tapestry of the government business and value chain in it.

Most of them are people who have not served in the civil service and by implication, they least know the mechanics of the public sector and how it operates.

However, with learning overtime and applying the skills of networking and a strong sense of peer work, they will be able to salvage this country from the political and economic doldrums to which it has been subjected. 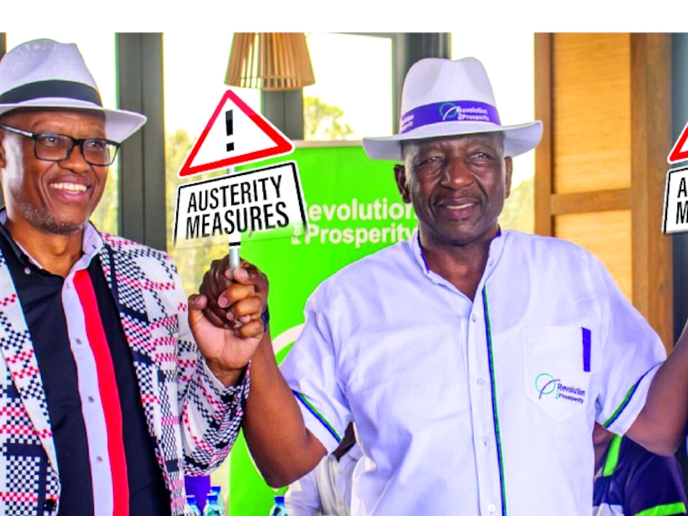