The incoming RFP-AD-MEC Coalition Government enters the reigning stage on a ticket of belt-tightening, to the extent of those holding key government positions having to use their own private resources until the economy has recovered. From left, Deputy Leader of AD, Professor Ntoi Rapapa, RFP Leader and Leader of the new coalition, Mr Ntsokoane Samuel Matekane and MEC Leader, Mr Selibe Mochoboroane

Calculated to reduce spending during the critical economic crisis

By Mzimkhulu Sithetho
MASERU - The incoming Coalition Government, which is made of the vibrant Revolution for Prosperity (RFP), leading the coalition, the Alliance of Democrats (AD) and the Movement for Change (MEC) has vowed to embark on aggressive belt-tightening measures when they seize reins of power. The austerity measures are intended to allow the economy, which has been plunged into the doldrums, an opportunity to grow after suffocation at the altar of COVID-19 and the Ukraine-Russia war. This declaration of the national restraint on economic spending will be until that time the economy is in good standing that the coalition leaders will see themselves dipping their hands in the public purse.

Responding to media questions at the unveiling function for the coalition agreement this week at the RFP headquarters in Maseru, the RFP leader, who is also leader of the new coalition, Samuel Ntsokoane Matekane confirmed that after forming government, they are going to embark on aggressive austerity measures.

He said this, responding to a question on whether they were still going to live up to the promise they made during elections campaigns that they were going to use their own vehicles if elected.

The response was that they are not backsliding on the promise, and the RFP confirmed that they were not ashamed of the decision they made during the election campaigns that they are going to use their own facilities - personal cars and houses until that time when the economy has recovered.

“Yes, that is what we said we are going to do if elected, and we still stand by that decision. We are not ashamed of it. We are going to use our own cars and houses.”

Mr Matekane said that there is no gainsaying that the economy is not doing well as there is no money in the government coffers.

However, a critical issue is whether the undertaking will attract security concerns, as usage of state facilities, especially vehicles for tour of duty and housing is governed by security regulations.

Mr Matekane indicated that they would stay advised on this regard, for matters to do with security and law.

It is obvious even to a simpleton that the economy of Lesotho is on a free fall to the doldrums as a result of many factors, some internal and others external.

The now infamous Russia-Ukraine war has become a scapegoat for shirking personal responsibility for the downfall of the economy.

The global economic downturn emanating from the echoes of the COVID-19 pandemic and the Russia-Ukraine war, reverberating across many countries, continues to have a chilling effect on local measures spur economic recovery for small economies like Lesotho.

However, cross governmental corruption and failing economic development policies have contributed to the quagmire.

It will take time before the economy recovers, and this becomes a tall order for an incoming government to get on its feet to entrench confidence among the voters, whom they promised many things in their bid to be elected.

A heavy wage bill has had a chilling effect on economic growth efforts, and the incoming government has to foot the bill, especially if the culture of paying back to loyalists is maintained.

Resort to stringent austerity measures might work wonders for the incoming government if it cuts unnecessary spending over a protracted period of time.

This will allow the economy enough time to recover from the doldrums to which the governing partners find it.

However, all those who played a major role in making the coalition government successful are no doubt anxiously looking forward to be rewarded.

Some of those who have contributed to the success of the coalition government used their private property to drive a collective goal of winning elections.

The question is whether they will sustain the personal squeeze for the benefit of giving the economy time to breathe and recover.  It also depends on how long this will take, lest it is a five-year embarkation.

Supposedly, not all those who have been elected are affluent to the extent of continuing with the national economic fasting until the economy is back on its feet.

Not all could count on their personal resources to achieve the objective of avoiding spending the depleted resources.

Even for those who have the wherewithal to go on a national economic fasting for a national good will, need to recoup those personal resources they doled out for the national good.

The deserved demand for recovery and recouping of private property used for the national good will fly against the nobility for which it was done.

The general public, which might not have a problem with recouping or recovery of used private resources, will be sensitised by those on the opposing side to construe this as corruption or defeating the nobility of the act.

This will be for political expediency, intended to gain political points at the expense of the nation.

Belt-tightening initiatives are grand for those in leadership, but they face a backlash, especially if there will be legitimate expectations from those embarking on them.

They normally meet the public’s disdain when a legitimate expectation for recovery, when the economy gains strength is put forth. 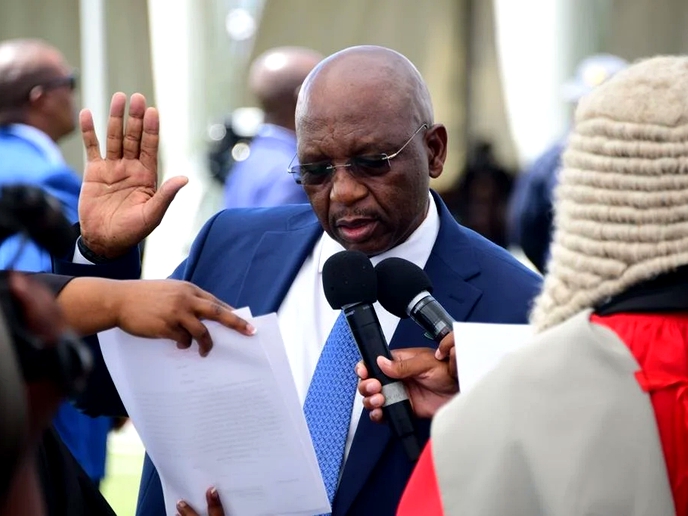